The Great Typo Hunt: Jeff Deck , Benjamin D. The signs of the times are missing apostrophes. Dark hordes of typos had descended upon civilization… and only he could wield the marker to defeat them. Armed with markers, chalk, and correction fluid, they circumnavigated America, righting the glaring errors displayed in grocery stores, museums, malls, restaurants, mini-golf courses, beaches, and even a national park. But at the Grand Canyon, they took one correction too far: The radiant dream of TEAL would not fade, though.

Beneath all those misspelled words and mislaid apostrophes, Jeff and Benjamin unearthed deeper dilemmas about education, race, history, and how we communicate. Ultimately their typo-hunting journey tells a larger story not just of proper punctuation but of the power of language and literacy—and the importance of always taking a second look. 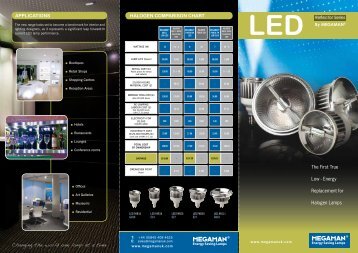 Do you ever do anything about it? The breezy summer afternoon beckoned to me, so I ambled outside. Maybe I'd seek out a hot dog in Davis Square. But fate intervened between me and that dog. Halfway to my destination, a large white and red object -- appalling to any sensitive eye -- froze me in my tracks!

The sign had been taunting passersby with that loathsome extra s for who knew how long. It hung on a wooden fence around a vacant lot next to a dentist's office. Sure, I'd noticed this sign before; dozens of walks to Davis Square had occasioned dozens of silent fist-shakings at this very spot. This time, though, the sign's offense struck deeper.

A Man, A Plan And A Sharpie: 'The Great Typo Hunt'

How many spelling mistakes had I noticed over the years in shop windows, street signs, menus, billboards, and other public venues? Each one on its own amounted to naught but a needle of irritation thrusting into my tender hide. But together they constituted a larger problem, a social ill that cried out for justice.

I stared at that no tresspassing sign, and I wondered: Could I be the one? What if I were to step forward and do something? The glare from the extra s seemed to mock me.

Sure, others before me had recognized that there was a problem afoot in modern English. Plenty of people had made much hay of ridiculing spelling and grammatical errors on late-night shows and in humor books and on websites weighted with snark.

Who among them had ever bothered with actual corrective action? So far as I knew, not a soul. A lambent vision descended upon me, like the living wheels revealed unto Ezekiel. In it, I saw myself armed with Wite-Out and black marker, waging a campaign of holy destruction on spelling and grammatical mistakes. The picture widened to describe not just my neighborhood, not just the Boston area or even the august span of the Bay State, but the entire nation. There was my answer -- typo hunting was the good that I, Jeff Deck, was uniquely suited to visit upon society. I turned back toward home, abandoning thoughts of hot dogs, and locked myself in my room, as typo-free a warren as one would expect.

Typos might leap out from anywhere -- were, in fact, everywhere. How should I go about this quest? And would I be alone in my fight, against the whole world? Then it all clicked into place, and the vision stuck. I already had one ally, the Sleipnir to my Odin: That road trip I'd wanted to take! This would be the motivational engine that I'd been missing. I think I collapsed onto the bed, the force of revelation knocking me unconscious, the proverbial lightbulb blinding me with its incandescent flare.

Of course, I had also missed lunch. When I came to, I decided I should attempt another outing, but this one with much more purpose.

Jul 27, Kristal Cooper added it. Plenty of people had made much hay of ridiculing spelling and grammatical errors on late-night shows and in humor books and on websites weighted with snark. Besides all the great typos Deck found and trust me, there are some real doozies in here and the fun travel adventures who hasn't had some sort of disaster happen on a road trip? I think I collapsed onto the bed, the force of revelation knocking me unconscious, the proverbial lightbulb blinding me with its incandescent flare. August 9, The Great Typo Hunt:

I immediately bought a sizable wall map of the United States and tacked it over my bed. With the sunset casting an eerie glow through my apartment, I stood enraptured by the sheer span of the nation. So many tiny names, so many roads. Quite a profusion of territory over which to spread the gospel of good grammar -- at least several thousand miles.

I'd make a loop of the country's perimeter, since that seemed the best method for a seeing the most of this mammoth republic and b avoiding covering the same ground twice. Are you sure about this? Are you sure, are you sure? True, my history did not especially glimmer with derring-do. First off, I had been terrified of driving at least until my early twenties, and my travels to date had never taken me west of Ohio; much of the country, most of it, lay beyond my ken.

That in itself could argue for the adventure, but I wondered if I might be getting in over my head, setting too many new challenges at once. I'd been shy growing up, not prone to speaking out of turn or, well, speaking much at all.