usomarconlio.cf/on-a-silver-platter-cd-roms-and.php In Northern Europe, Bosch and Pieter Bruegel the Elder expanded upon the medieval practice of decorating the margins of manuscripts with drolleries and odd creatures, filling their canvases with hybrid life forms that still startle and inspire today. The original target, an obscure theory of anatomy, is lost in the thickets of time, but the lampoon of a revered masterpiece is still wickedly funny. In , the British engraver Thomas Landseer produced a set of 24 prints using the antics of monkeys to satirize human folly, while an anonymous French artist around the same time produced a still terrifying figure of a huge ape holding two human figures by their heads as chimps attempt to crawl up their legs.

In , the British social satirist George Cruikshank called on a cast of marine animals to spoof the notorious excesses of the Prince Regent, the future King George IV, showing the prince himself as a gigantic whalelike creature and his most recent mistress as a mermaid. Insects are also irresistible sources for caricature: Barnum, who liked to describe himself as the Prince of Humbugs, into a smugly smiling face appended to a six-legged beetle.

Though the political context and inspiration for many of these works are obscure to us today, some still speak clearly across the centuries. Many amusing examples take aim at contemporary fashion—the insanely towering wigs of the prerevolutionary French court, the wasp-waisted corseting of an English dandy, or the mutton-chop sleeves popular in the Victorian era. The Dutch caricaturist Siegfried Woldhek portrayed a monstrously looming Dick Cheney whispering behind a curtain into the ear of a squinty-eyed George Bush. Enrique Chagoya appropriated an print by Cruikshank to show Barack Obama besieged by demons at the time of his struggles to pass health-care reform.

The nasty little creatures, representing the conservative media and Republican politicians, blow a trumpet into his ear and attack his head with hammers and corkscrews as the president loosely grips a bottle of medicine.

The pen can always prove mightier than the sword, in more ways than one. I've decided to help you in this endeavour, should the mood ever take you and your desire to make fun of other people from behind a shield of smug conceit overwhelm what is otherwise a personality based on good taste and pleasant humour. For the ease of remembrance, I will divide this lesson into seven easy sections — rules to live by, should you become a satirist, or just simply rules by which you can see the 'magic' of the satirist explained.

Making fun of individual people. This is perhaps the easiest of all satire, and is usually the least rewarding, unless done very, very well.

There are two ways of approaching this, and the method through which it is achieved depends on the nature of the person you're attacking — I mean, lampooning. Should the person upon whom you have decided to heap your scorn be quite clearly a total buffoon, ie Michael Jackson, George Bush Sr or Jr, it matters not for the purposes of the exercise or a woeful sportsperson such as Eddie 'The Eagle' Edwards, the methodology is simple.

Merely quote them, or describe their exploits, and wonder to your readers in phrases such as "How on earth am I supposed to sleep at night?

In cases like this, it's often best to descend into puerile or infantile ramblings: In a special place. Making fun of groups of people. This is slightly more difficult than making fun of a smart person, and there are several pitfalls to be avoided. 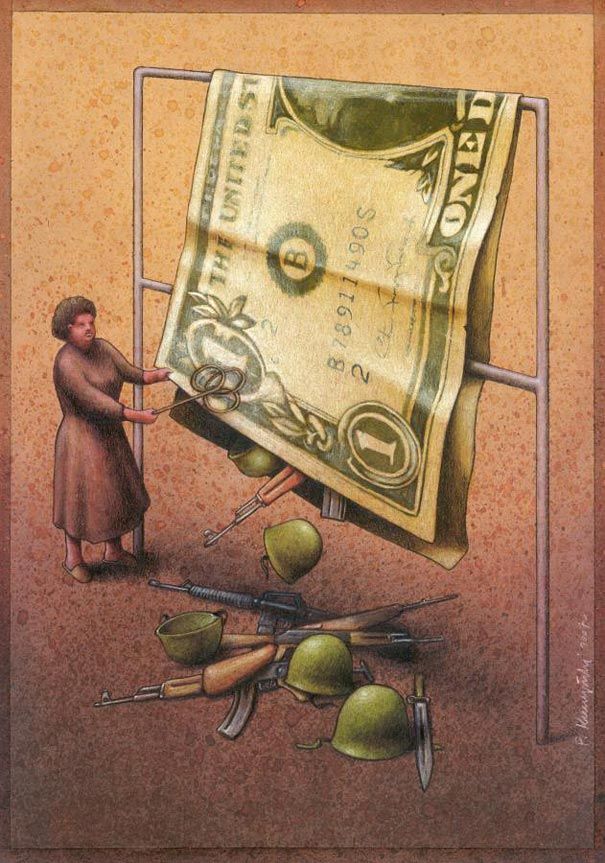 First of all, before you rush out and begin making gags based on racial stereotypes, make sure you can claim some sort of connection to the group you're talking about, however tangential that connection might be. The only people who can get up on stage, or put pen to paper and talk about how all Italians are like the Sopranos, or how all Asian folks know Kung Fu but can't drive, are members of those communities.

For a middle class white man, such as myself, to make those remarks, it's racism. But if you're a member of a minority, it ceases to be racism, and becomes 'holding up a mirror to the world', or 'telling it like it is. It's easy to do so from a right wing position, and beyond difficult from anywhere left of moderate.

PJ O'Rourke, lifelong Republican and one of the greatest living satirists has it easy. Making a gag that has a reader laughing guiltily, blushing furiously and thinking quietly to themselves 'if my pseudo-intellectual friends catch me laughing about the plight of the Haitian people, I'll never sip chardonnay with them again' is very easy.

But approaching the same problem using Haiti as an example again from the leftist view, it verges on the impossible to complete the task without resorting to iconoclastic ramblings. Of course, you'll need to add the occasional 'but it's OK, because I gave Reuben, my guide, every penny I earned for writing this story' feel good phrase thrown in for good measure.

Plus, leftists tend to be dope fiends or drunks, and as a rule they have no money. How you treat the 'facts' of any matter is vitally important, and there's a scale that needs to be memorised.

Any mix of facts, right and wrong, means disaster. You're better off claiming that George Bush has personally drowned better than kittens in the White House swimming pool than suggesting he's responsible for thousands of innocent Iraqi citizens losing their lives through his attempts to 'liberate' them. The former example is ludicrous, and bound to raise a wry chuckle at the very least.

The latter smacks of effort and earnestness — two things to be avoided at all costs. The satirist should always appear aloof and sophisticated, saving angry rants for polite dinner conversation and ensuring that the reader feels included in the writer's air of callous conceit. Making fun of a tragic event. This is a tricky one, but there's a rule of thumb that I have developed that makes the art of lampooning bad news, without fear of overtly offending large slabs of the population. A satirist should skate close to the edge, but never, ever cross the line into truly tasteless humour.

So when assessing a calamitous event to see whether it is fit to be lampooned, one must simply look to the last word in the title of that event.

What do you think, did we get it right? Comment here...

Plus, leftists tend to be dope fiends or drunks, and as a rule they have no money. In , the British social satirist George Cruikshank called on a cast of marine animals to spoof the notorious excesses of the Prince Regent, the future King George IV, showing the prince himself as a gigantic whalelike creature and his most recent mistress as a mermaid. Making fun of a tragic event. It's not a full time occupation — I doubt that anyone, aside from George Carlin and perhaps George Bush, is making a living out of full time satire in the world today. It's easy to do so from a right wing position, and beyond difficult from anywhere left of moderate. Making fun of individual people. The graphic satirist has at his or her command a whole arsenal for lampoonery: